A septic tank is a key component of the septic system, a small-scale sewage treatment system common in areas with no connection to main sewage pipes provided by local governments or private corporations.

The term "septic" refers to the anaerobic bacterial environment that develops in the tank which decomposes or mineralizes the waste discharged into the tank. Septic tanks can be coupled with other onsite wastewater treatment units such as biofilters or aerobic systems involving artificial forced aeration.

Periodic preventive maintenance is required to remove the irreducible solids that settle and gradually fill the tank, reducing its efficiency. A properly maintained system, on the other hand, can last for decades or possibly even a lifetime. 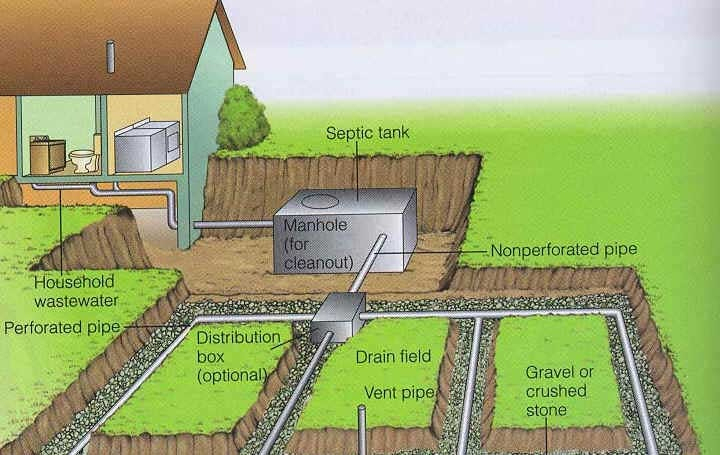 A septic tank generally consists of a tank (or sometimes more than one tank) of between 4000 and 7500 liters (1,000 and 2,000 gallons) in size connected to an inlet wastewater pipe at one end and a septic drain field at the other. In general, these pipe connections are made via a T pipe, which allows liquid entry and exit without disturbing any crust on the surface. Today, the design of the tank usually incorporates two chambers (each of which is equipped with a manhole cover), which are separated by means of a dividing wall that has openings located about midway between the floor and roof of the tank.

Click below for recent changes to the way septic tanks are registered with the envoronment agency:

We are experts at septic tank emptying in Somerset and Devon.
Call us for a no obligation quote on 01823 284790